The Great Nation of Hyrule 7s National Team captain Link Mabe was forced to withdraw from the Brazil 20XX Summer Olympics after sustaining a debilitating and bloody injury to one of their legs on the football pitch last week, the 19th of August. In a perplexing turn of events, it seems that this injury damaged the young athlete's spirits enough for them to retire from competitive sports for the time being, as they are set to travel back to Hyrule for reasons unknown--- a devastating loss for the world of sports that was only beginning to see the greatest professional footballer of all time flourish.

At only 19 years old, the renowned student athlete and nation-wide star baffled crowds with the striking ability to seamlessly tackle the ball from other players without them noticing, as well as being able to score more than 20 consecutive goals uninterrupted, all on their own. Mabe even once competed alongside a team of grown players at the age of eight (pictured below), winning these local, informal games in the same manner. Such strange and uncanny skill were attributed to them being raised by two-time Olympic gold medal winner Arn Mabe, which granted them the position of captain for their team in the 20XX Summer Olympics Brazil. 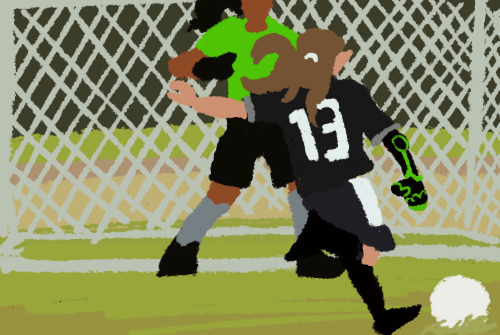 Following their selection, there was a thick, impermeable tension among those who would be playing against Hyrule, as everyone came to realize that one of the world's most impossible-to-beat players were listed on the roster for the then-upcoming games.

The football matches for the Olympics were held inside the Estádio Olímpico Nilton Santos Stadium, a jam-packed venue that hosted the football matches for the Summer Olympics in the country of Brazil, where Mabe had been staying to train extensively for the past year. Mabe was unstoppable--- that is until the horrific accident at the end of the knockout phase against Germany for the gold medal.

The commentators described the shocking event that played out during the last minute of the game as a "misattempt at a scissor kick", with Mabe becoming airborne for an impossible duration of time and landing rather poorly in turn, twisting their leg in an unfathomably painful manner. The ball deviated from the course of the Mabe family's history with Olympic successes, and Hyrule stood shell-shocked as they lose the gold medal to Germany. The unaptly named "Hero of the Wild" was not a sight to behold with blood seeping into the grass, Mabe's writhing on the ground met with dismayed gasps.

Impa Zamil, the Hyrulean team's Head Coach, expressed to reporters her consternation over the unprecedented events. "None of us anticipated this to happen, such is the nature of horrible accidents," worry glinted her eyes, the Sheikah coach seemingly close friends with the athlete as concern graced her overall presence in contradiction to her following statement, "Link will be fine, there's no need to worry. It's my job to take care of my kids. We'll pay very close attention to their conditions and make sure that they recover just in time for the next big thing. Hyrule needs its Hero, after all."

Zamil's inspiring words were all for naught, however, as this morning Hyrule announced with great dejectedness that their Hero will be traveling back to their homeland, perhaps to pursue a tertiary education. Mabe had only completed high school before moving to Brazil for their spacious football fields, but it seems that will change in the coming years. When questioned in an interview days ago about their career path from this point forth, particularly if they plan on completing a tertiary education, Zamil gave interviewers a glowering look before settling on "You are not entitled to that information," her demeanor having changed from when she was formerly encountered at the Olympics.

After their immediate discharge from the hospital, Mabe had since been spotted having public outbursts (RELATED NEWS: Days after accident at the Olympics, star athelete takes to terrorizing press and photojournalists) prior to their departure from Brazil. A recent sighting of Mabe went viral last night, where they seem to have been crying at a balcony overlooking a neighborhood in Sao Paolo. 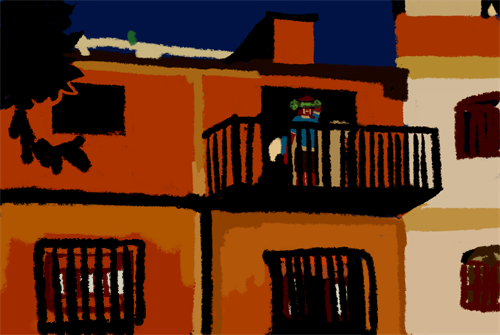 "Leave them alone," cried Brazilian netizens on Twitter following the hour that invasive pictures were leaked on social media while they outpour their love for the athlete, supportive of the Hyrulean they will come to miss.

Meanwhile, international fans can't help but to watch the superhuman athlete who had captivated the world throughout their childhood immediately fall off their peak, so, unfortunately, the star athlete won't be swiftly approaching a downfall in popularity as they suffer from their apparent injury any time soon. They still painfully lean on crutches to this day, unable to walk on their own, and neither can their coach Zamil name a precise course of action for Mabe's future other than returning to The Great Nation of Hyrule. The fate for Hyrule's Hero as it stands now is unknown, but others say that the greatest athlete that has ever lived will come tumbling down as fast as they rose to the challenges of the Olympic season, and they will all but fade into memory--- much like their father who had retired from football altogether.